Posted on November 1, 2012 by aaronrryan 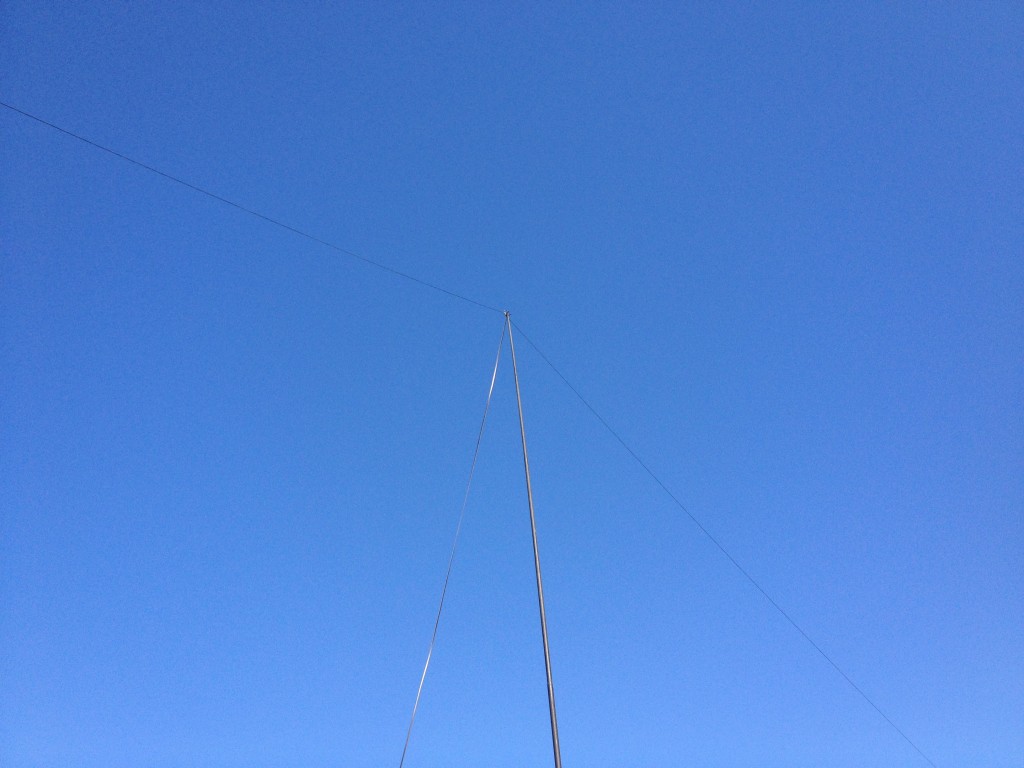 Well, the temporary G5RV was such a success, I decided to make a more permanent install with 14 gauge wire.  I found out that the reason my original G5RV resonance was off, was i needed to tune the 300Ohm feed ladder line before adding the dipole legs. 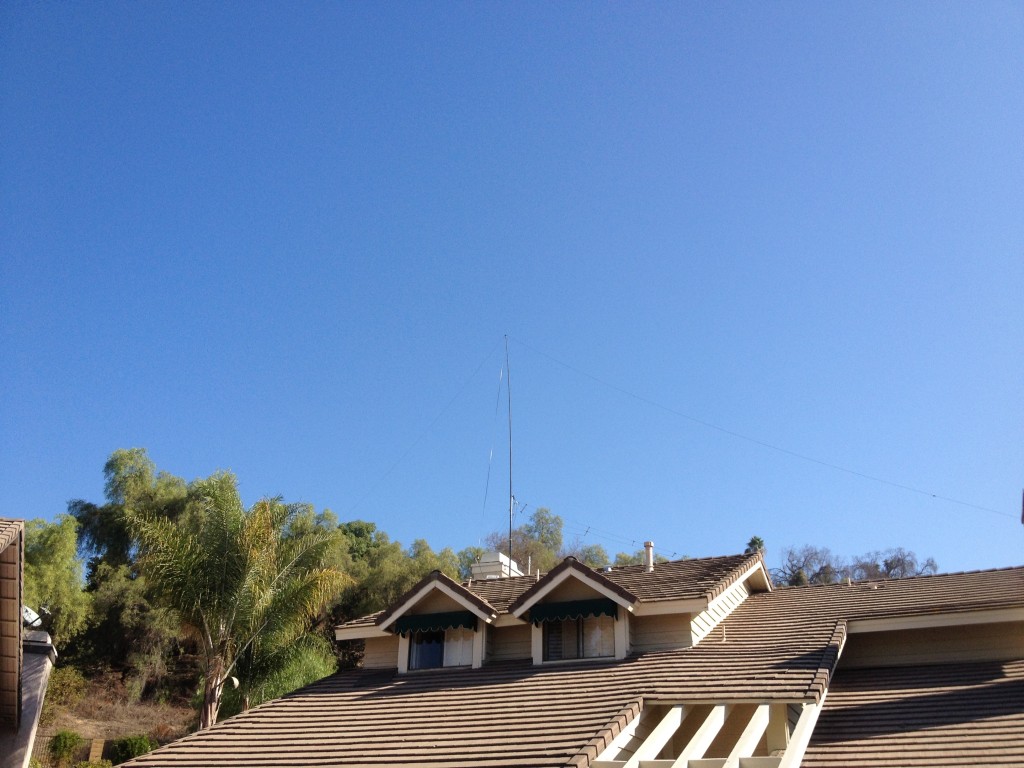 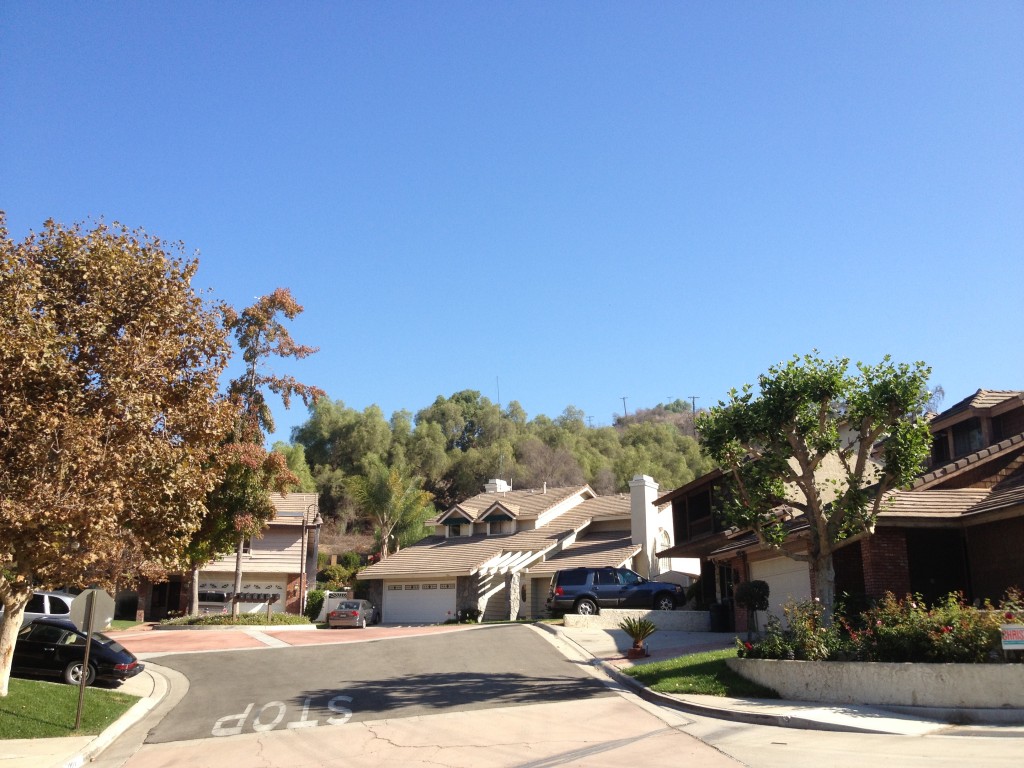 I also decided to add a Unadilla W2AU 1:1 balun at the bottom of the G5RV, and have a 6 ft RG8x cable to the LDG Z11ProII tuner with 6xAA batteries inside, which then feeds a 50ft RG8x cable into the house to the radio. If you notice in the picture,  I have a FairRite Mix 31 Clamp-on choke with 6 turns to prevent common mode currents too. I keep the tuner in the box, out of the weather, but I’ll eventually get something a little more water tight. 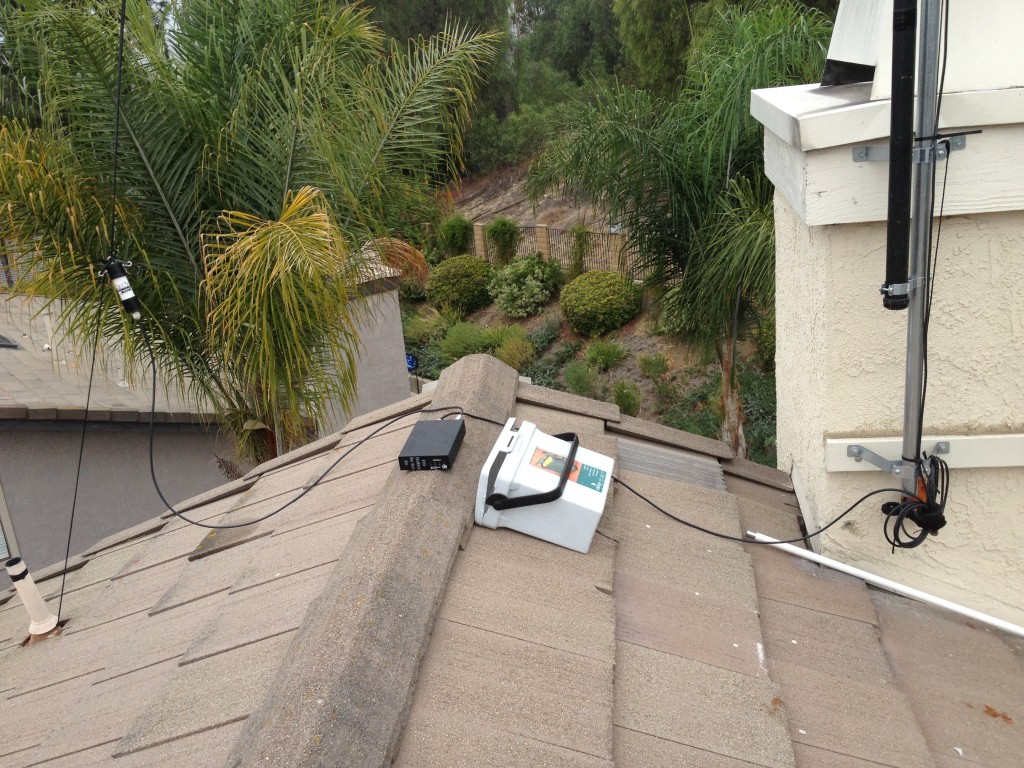 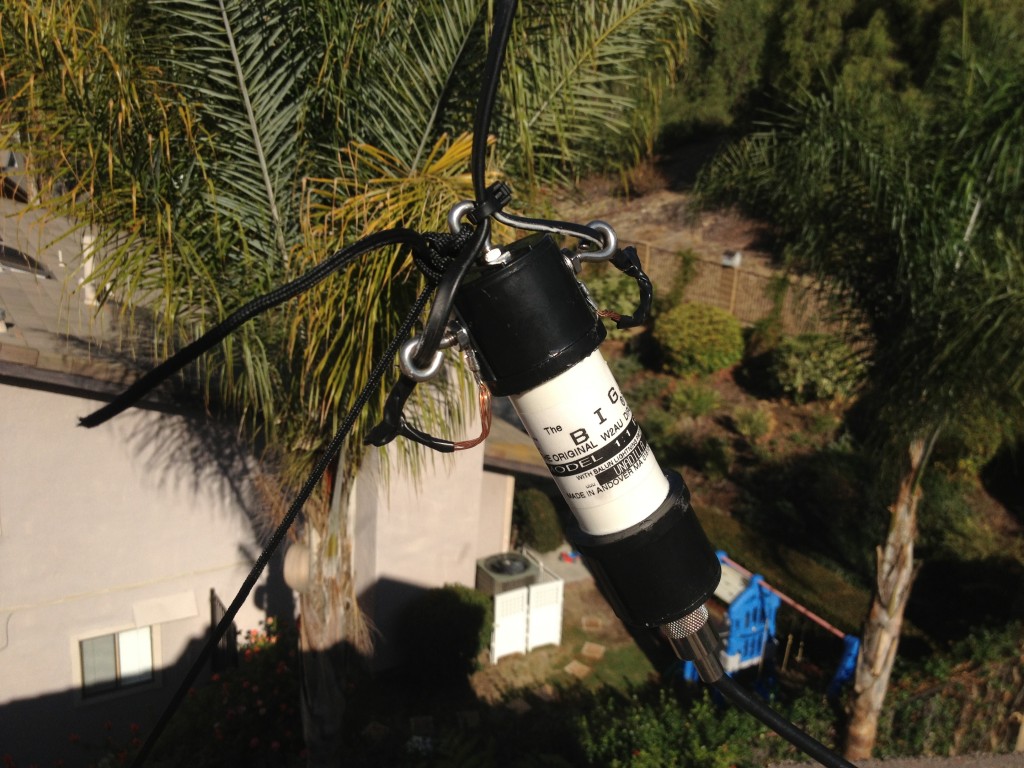 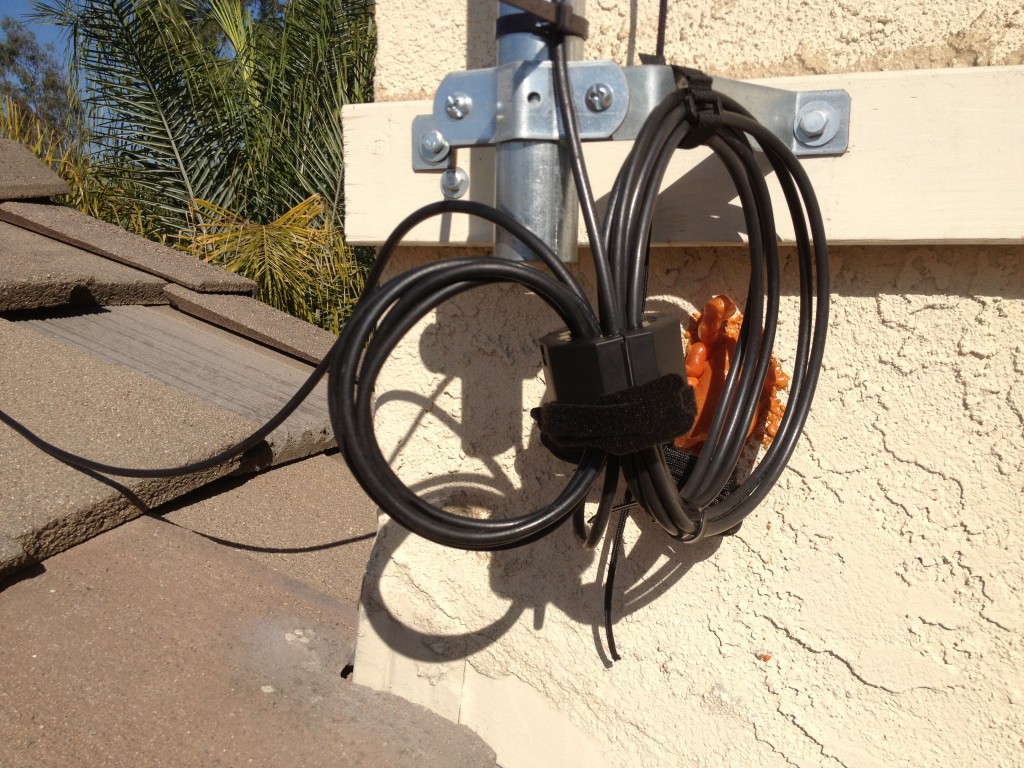 I’ve been doing A/B antenna test between the DX-CC and G5RV and the biggest difference is in the noise level. The DX-CC constantly has about a 2S higher noise level then the G5RV across all the bands.  But the biggest improvement with using the G5RV has got to be 80m band, which I can hear stations, that would otherwise be buried in the noise on the DX-CC.  I think this has to do with the traps shortening the antenna and the fact the DX-CC is 20ft lower, probably getting more noise from the house electronics too.

My wife is a bit disturbed by the looks of the tall antenna, but I’m gunna keep it up there, as long as I am active looking for QSO’s or find something with better performance.

DX is looking good on 20m into Europe, which has always been difficult for me. 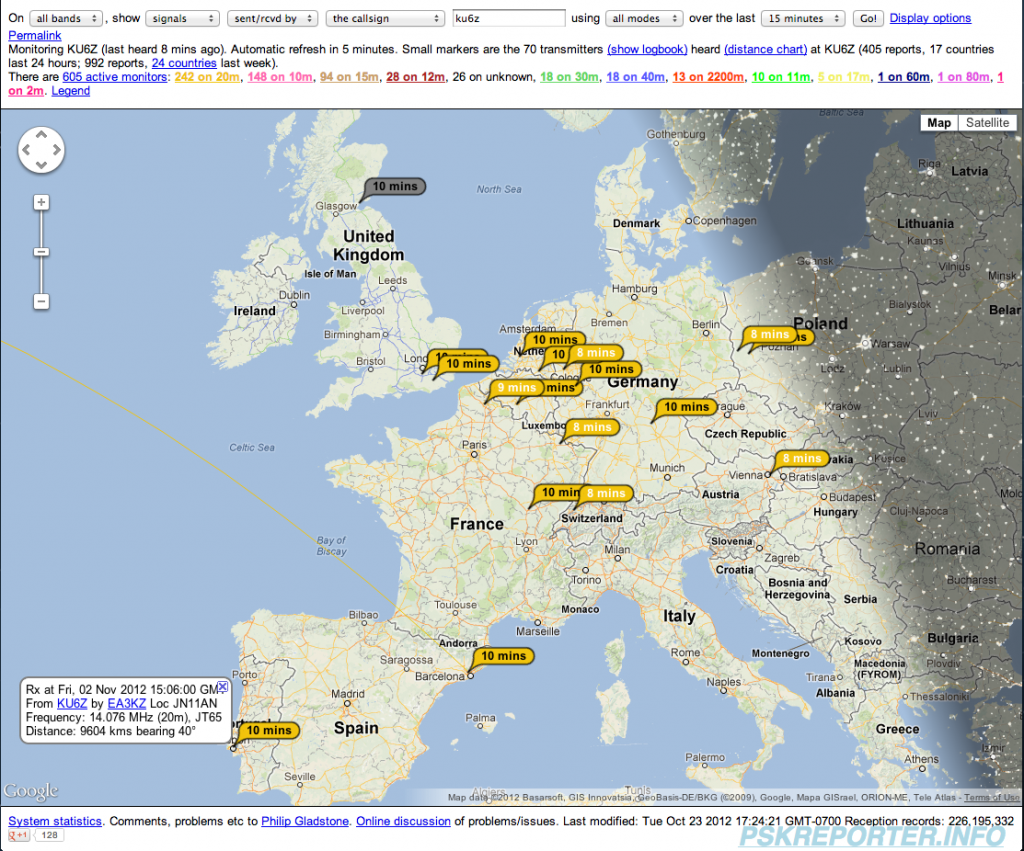 Next project is a 80m loop.

This entry was posted in Uncategorized. Bookmark the permalink.