Ok, so I just went ahead and made it just like the Alpha Delta DX-CC, which is a 40/20/10m with trapped 80m.  It is also resonate on 15m too.  It is setup as a slightly sloped inverted-V. I installed a 10ft 1.25″ conduit as a mast on the chimney, and put a pulley on top so I can hoist up the antenna without to much trouble. 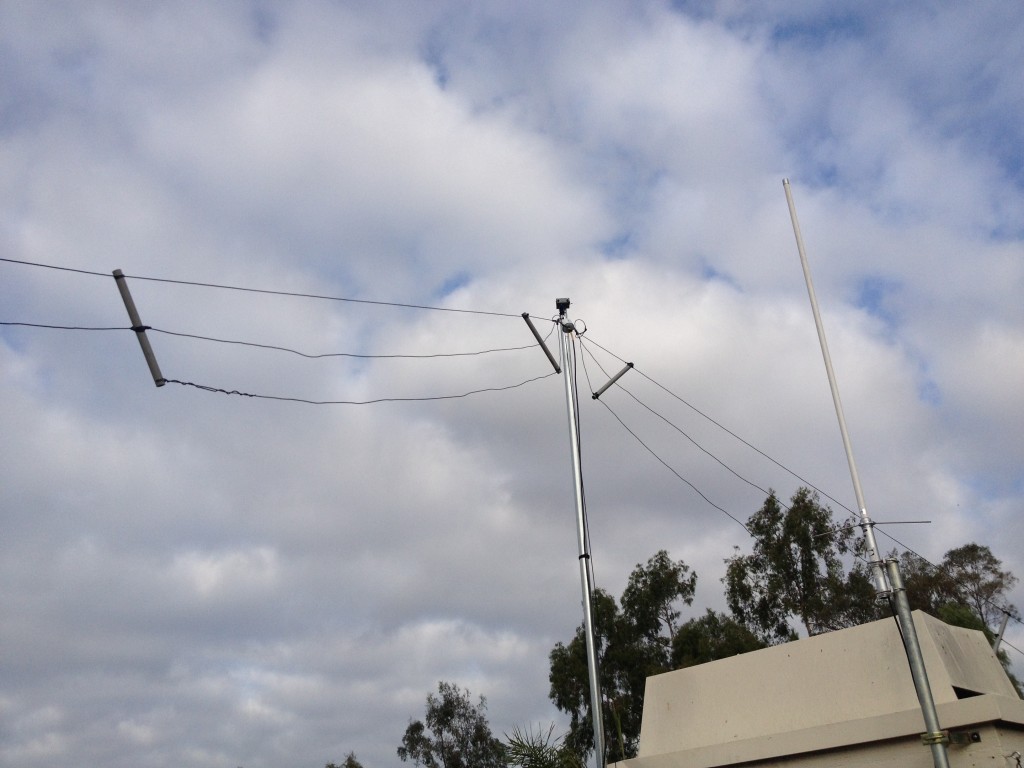 It took me about 5 tries to get all the bands tuned.

This entry was posted in Uncategorized. Bookmark the permalink.