Just picked up a Elk  Dual Band Five element log periodic antenna from HRO.  So far it’s looking like it’s working. I’m hitting some far away repeaters.  I’m going to get it setup on the  tripod and antenna rotator and see if I can track some satellites.  Maybe I can use this to get my son interested in the talking to the International Space Station. 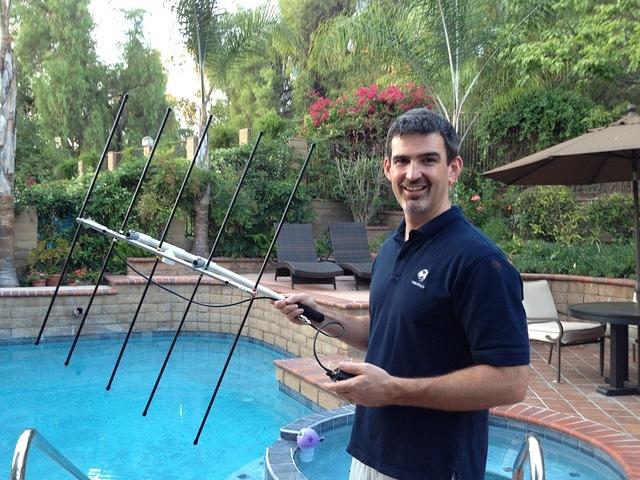 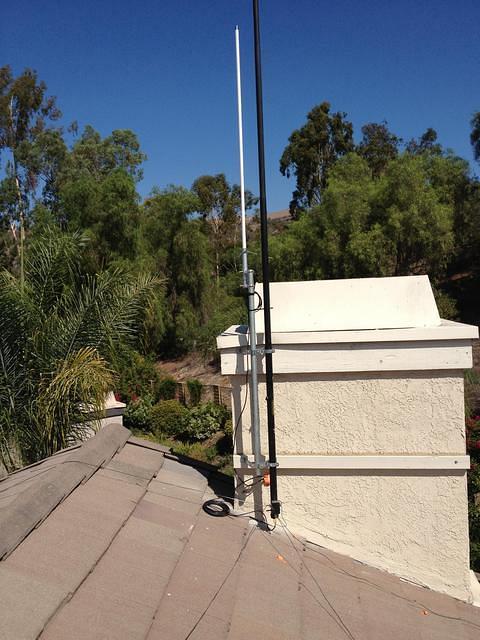 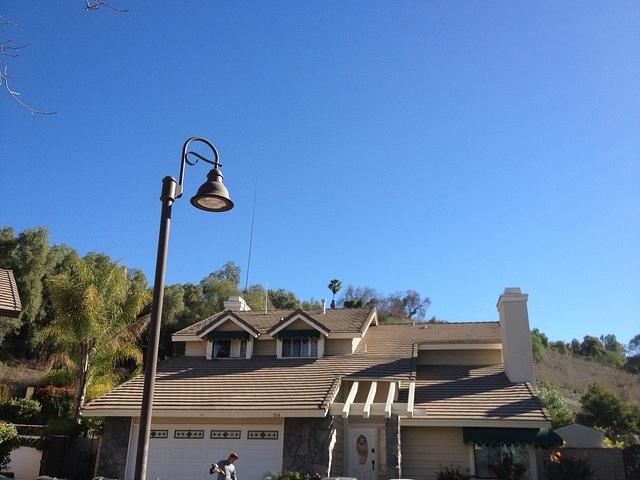 I wanted to get a 4 character callsign before they are even more difficult to get. Luckily I was able to use http://www.vanityhq.com/ to help me find out what callsigns were available and at what date to file.  I tried 3 times to get a new calldign, and each try costs $13.30.  The first try I just put in a list of available callsigns, and got dismissed because I had some callsigns that werent available on the day I filed.  The second try, there were 8 other people trying for the same callsign, and someone other then me randomly won the draw.  On this one, only one other person filed on the same day as me, and so I had a 50/50 chance of winning it, and I WON! Yay!

I decided to add on the IF-2000 board to my FT-950 and run the output to a RF-Space SDR-IQ.  It is really nice being able to see 200Khz of the band at a time.  I use the software from SDR-Radio.com to view the band. I hope they improve the app so it better integrates with HRD.

Caroline gets 100% on the technician exam, Her callsign is KJ6PYY

My wife, Caroline passed the technician exam on June 25th.  She took the exam so we can practice Emergency communications incase of an disaster in LA.  We want to join the local ARES and RACES groups so we can help out.  I’ve been checking into the Southwest district DARN net on Wed at 7pm.

I checked out the Field day setup in San Pedro for W6TRW club. Several Yagi’s setup with generators and tents. Caroline was a trooper and hiked up the hill which was quite steep. 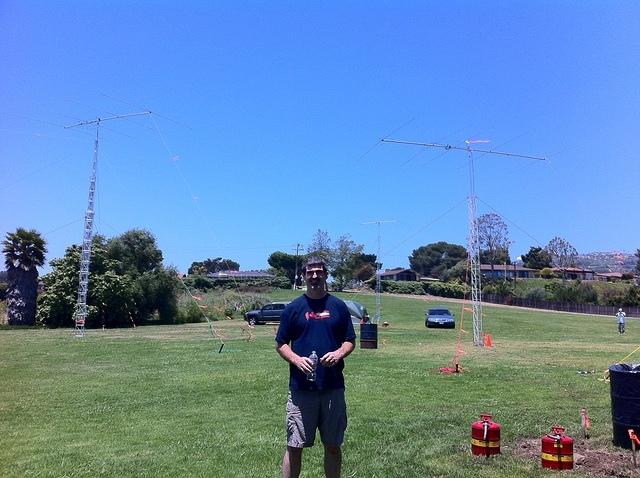 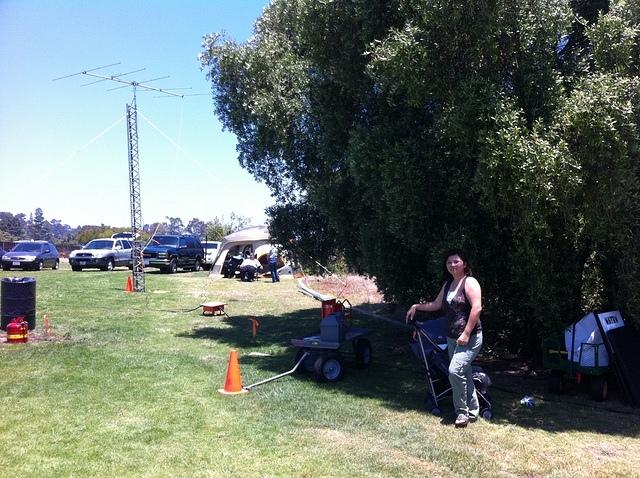 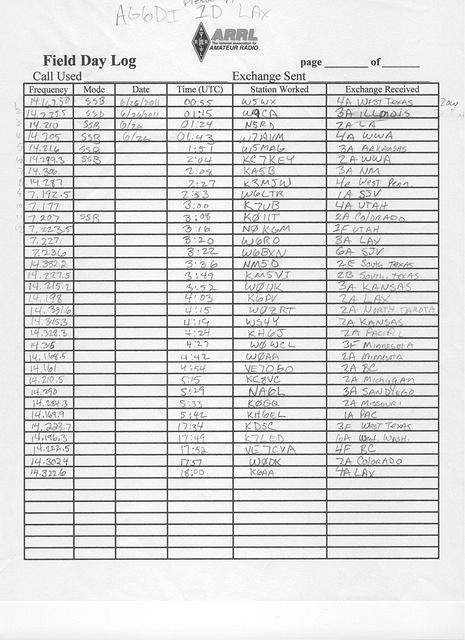 I bought a 31′ Jackite pole off of ebay for $59, and then soon realized that it was the same pole they use for the 31′ S9 Vertical and Eagle One. In the end it is probably cheaper to just buy the S9 vertical.  They have them for $95 on cheapham.com.

I found these videos on youtube walking through the steps of assembling a S9 Vertical:

So I ended up putting it together and attaching it to the chimney at home.

The noise level was close to S6 on all bands so I thought I’d try it at the office. I just used the chimeny mount I got from Fry’s for $20, and bent it so it would work on the exhaust pipe and used 4 20m radials, and 2 40m radials.  The noise level was closer to S4 in the Whittier, which was better, but it was still noisier then the G5RV jr, so I took it down.

I reduced it down to a 18′ S9 and attached it to the drain exhaust pipe at home, as changed to the Balun Design 4:1 unun, which does help with tuning on other bands. It also has 4 20M tuned radials.

The noise level is just way to high in Redondo Beach so I have been remoting into my rig at the whittier office, which has significantly less noise.  I still try it out from time to time, incase the band opens up.  I’ll probably use it as my vertical portable when I go camping, like how the Eagle One is setup.  I think this antenna works fairly well, but the city is a very noisy place for verticals.  You cant tell from the pictures, but there are about 20 High-Voltage powerline on 2 sides of this location, and 6 transforms within site of the roof, so that’s probably a big part of the issue.

I heard some good reviews on the G5RV, so I got a G5RV jr, which works 40m-10m with a tuner.  I started off at the wall height.

Then I raised it another 3 ft above the wall, which helped a bit

I wanted to try more dedicated hardware for HF, so I got a Yaesu FT-950 and have an TV antenna rotator which I plan on using with a Yagi.